In the year 2000, after just shy of a century of Nobel prizes, Chinese literature finally gained international recognition when Gao Xingjian was awarded the honor. Literature in Chinese had been overlooked even as laureateships for India (1913), Japan (1968, 1994), Nigeria (1986), and Egypt (1988) demonstrated that the Swedish Academy could, if it wanted to, appreciate non-Western literature, but only a dozen years after Gao's win, it was honored again with Mo Yan's award (it is now the third most represented language in the last twenty years of Nobel literature prizes). Both Gao's and Mo's prizes brewed political controversy: in 2000 the political establishment of the People's Republic of China did not appreciate an exile who'd taken French citizenship being honored as a voice of “Chinese" literature, and in 2012 liberals around the world bristled that a member of the Chinese Communist Party would be recognized by the same body that also bestowed a peace prize. But while the political controversies are important, both Gao Xingjian and Mo Yan emerge from the same broader movement of socially engaged, culturally curious literature rooted in 1980s China and the aftermath of the Cultural Revolution (1966–76).

Contemporary Chinese literature begins in 1978. In that year Deng Xiaoping secured leadership of the Party and the country, introducing the policies of Reform and Opening Up that would move China away from the overt class consciousness, hero-worship, and agrarianism of literature as known in Maoism. It was also the year that a handful of Beijing-based poets launched the journal Jintian (Today), the first nonofficial literary journal to be published since the founding of the People's Republic in 1949. The founding of such a journal demonstrates the ways in which politics and poetics necessarily entangle with and involve each other. While official discourse labeled the poets associated with the journal as “obscure" (often mistranslated as “misty"), their work not only represented new ways of expressing individual and social reactions to the words and world around them, they also defined the possibility of literature in opposition to the government. This is a tendency more strongly tied to poetry than to fiction, which, because it tends to be published in state-run journals and recently with an eye toward film adaptation, is more likely to be accommodating than antagonistic. Still, political and social critique is embedded in much fiction, and while there are political differences between the two Chinese literature Nobel laureates (one left China for France in the late eighties, while the other has never lived outside the PRC and is honored as vice-Chair of the Writers association; none of Gao's works has been made into a feature film, while at least four of Mo's have, with two directed by Zhang Yimou), much of contemporary Chinese fiction features implicit and explicit social critique. The tradition of oppositional poets and exiled writers voicing acerbic and necessary criticisms of state and society continues in the work of Liao Yiwu, whose speech "This Country Must Break Apart" is published here; novelists whose opposition to their country's direction come from their positions within the country include Yu Hua, featured by "Appendix" and "Timid as a Mouse," and Yan Lianke, interviewed here by Chenxin Jiang.

The critical spirit of Chinese fiction should not be misunderstood or underestimated. In the mid-eighties, Han Shaogong asked about the “roots" of literature, launching a Roots-Seeking movement that was particularly fruitful in fiction, from his own Dictionary of Maqiao and Ah Cheng's King of Trees to Gao's Soul Mountain to Mo Yan's Red Sorghum. Much of the impetus for Roots-Seeking was the desire to examine the ingrained values that could lead to the Cultural Revolution, making the movement an aesthetic step beyond the “scar" literature of the late seventies and its mining of psychic wounds; it was particularly inspired by international fiction from Faulkner to the magical realism of García Márquez as well as the American TV series Roots. Like writers of Chinese literature in the 1920s and thirties, responding to international literature and philosophy of the day, the Roots-Seekers felt like something might be wrong with Chinese culture's deeper layers; unlike their predecessors, however, they knew firsthand the costs of trying to eradicate the past, and were more interested in trying to find a cultural identity that could not be reduced to what the Party wanted its populace to adhere to. Some of the work included here, such as "Poem to the Tune 'Pure Peace','" by Li Bai, serves to let Words without Borders readers know some of the literary heritage Root-Seeking writers and others have responded to; translator Jeffrey Yang is particularly suited to dig into the past of Chinese literature with renditions that make it new. Other writers, such as the surreal Can Xue, whose "Old Cicada" appears here, as well as the aforementioned Yu Hua, have been less interested in examining the Chinese past than the roots of their and their characters' psyches, and they constituted a literary avant-garde that ran parallel to Roots-Seeking writing in the eighties.

In the last two decades, readers and writers appear to have tired of the tendency toward the grandiose and epic in both avant-gardism and especially Roots-Seeking; instead, they look to page-turning bestsellers, such as those by Mai Jia, or the fiction of social commentary, such as Sheng Keyi (see "Death Fugue"), whose writing is also informed by the incorporation of elements of earlier literary experimentalism and an internationalist outlook. And the poetry coming from China today is some of the most engaging and engaged poetry being written around the world; one of the most prominent poets is Yu Jian, a voice from the southwest publishing since the eighties whose reinvention of romanticism, symbolism, and localism continue to this day (see "Two or Three Things from the Past").

The mission of Words without Borders is to build cultural understanding; unquestionably, contemporary Chinese literature is engaged in the same mission, with the focus of its cultural understanding being an understanding of its own culture as a crossroads between the past and an integrated international present. For both WWB and the literature of China, this is a political program, but its politics cannot be reduced to the formulaic “down with" or “long live" as known in the Cultural Revolution. It is rather a complex response to a complex set of problems and possibilities. In the writing coming out of China and Chinese today, these problems, possibilities, and politics command not only attention in literature, they command all the attention we can give to its literature.

Educators, for a sample lesson plan from the unit, read Sample Lesson Plan: Poetry vs. Propaganda and the poem "Two or Three Things from the Past "---Eds.

In the video below, meet Chinese-American translator Wenguang Huang, who describes what it was like to come to the to the U.S. for college and examples why translating nonfiction is important to him. Huang translated Prison Memoirs, An Interview with Wu Wenjian, and the speech This Country Must Break Apart -- Eds. 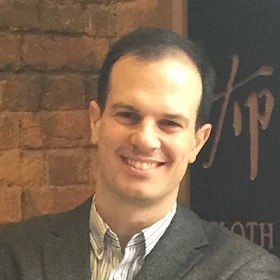 Lucas Klein (PhD Yale) is a father, writer, and translator whose work has appeared in LARB, Jacket, Rain Taxi, CLEAR, Comparative Literature Studies, and PMLA, and from Fordham, Black Widow, Zephyr, Chinese University Press, and New Directions. Assistant Professor at the University of Hong Kong, he is an executive editor of the Journal of Oriental Studies. His translation Notes on the Mosquito: Selected Poems of Xi Chuan won the 2013 Lucien Stryk Prize, and his October Dedications, translations of the poetry of Mang Ke, is now available. New York Review Books will be publishing his translations of Tang dynasty poet Li Shangyin.

Look left for an introduction to Chinese literature and history.

Scroll down to discover individual stories, poems, and essays organized by theme. Each piece of literature includes an array of multimedia resources.